Of Priests and Men; or, The Hireling Flieth

N.B.: A rather (we thought) important comment, related to the topic of this article and linked from its body below, is not appearing at the wonderful YouTube channel Sensus Fidelium. We include a photo of the comment here.

One can now find everything from “No nuthin, til further notice,” to “Communion’s fine, but no Mass,” to “Mass is fine, but no Communion,” to Eucharist take-home baggies… and scarce a cry from the presbyterate where these things occur.

“Would, O divine Jesus, we were able to wash away such abominations with our blood.”

Just for a moment, let us engage in some creative reconstruction.

Imagine if a news article like this was being written about a Catholic parish today: 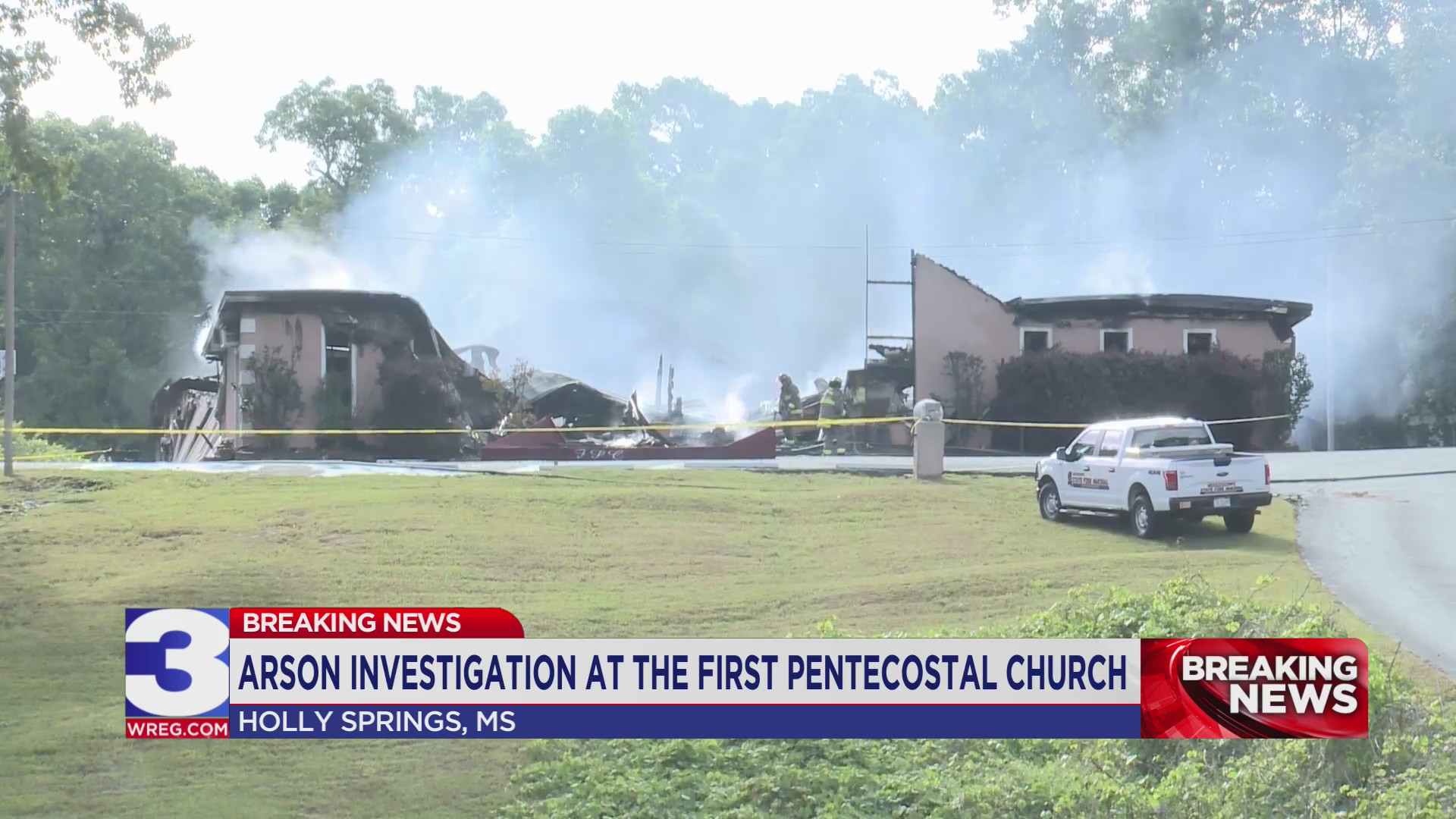 When investigators from the Marshall County Sheriff’s Office got to the scene, they found graffiti in the church parking lot that read: “Bet you stay home now you hypokrites.” … Authorities are offering a reward for tips on the arson investigation. (link)

What if you came across a headline like that about a Catholic parish?

On Sunday, Chicago’s first openly gay mayor, Lori Lightfoot, mounted a raid on a black South Side church for holding services in defiance of her coronavirus lockdown orders.

[Pastor Lewis:] “All we are seeking is the same consideration and trust that is being tendered toward the liquor stores, abortion clinics, and Walmart… We are trying to follow the laws of man as much as reasonably possible, but when the laws of man conflict with the laws of God, I, as a pastor, have a duty to follow the laws of God… We will not be intimidated by this overhanded government bully, but we are requesting the assistance of our president and our Justice Department in correcting this grave miscarriage of the law.” here

Imagine a priest going on public record with a statement like that. One might just read it and think: “Now here is a real Catholic. A real man. Here is one who will give God his due, come what may.” Granted, protestants don’t have true bishops to answer to. Does this excuse our priests from acting justly?

Whatever else one can say about our current situation, it is passing sad that we are only left imagining what it would be like if even half a dozen Catholic priests in this country made headlines like the above, for acting against the unjust suspension of public worship. We’ve grown accustomed to priestly silence in the face of an exploding libertine dictatorship – nay more, we’ve grown accustomed to hierarchs actively promoting it – but this?

“The little ones have asked for bread, and there was none to break it unto them.”
(Lam 4:4)

Millennia of Catholic Tradition and ecclesiastical law are trampled upon – and for what? Concern for “public health”? Fear of uncleanness? One cannot help but see a parallel to this condemned Jansenist error:

“They are to be judged sacrilegious who claim the right to receive Communion before they have done worthy penance for their sins.” (DZ 1312)

“Similarly, they must be prevented from Holy Communion, who have not yet a pure love of God, without any admixture.” (DZ 1313)

See, Jansenists also had a hangup with uncleanness (albeit of the spiritual order), and became so fond of denying the baptized their rightful access to the Sacraments that the Holy Office saw fit to intervene on several occasions. In 1690, the Church formally reaffirmed her constant sacramental and canonical principle that well-disposed Catholics can indeed “claim the right to receive Communion,” and that unless physically or morally impossible, the sacred minister has the obligation to administer it, and within its proper liturgical setting. These tenants remain in the current Code of Canon Law (Cf. ns. 843 § 1, 846, 912, 918).

Now, wherever the chief fault may lie in today’s vast prohibitions of public worship, is any priest exempt from acting justly? Why is it that we now find even good priests intent to put the blame on God, to absolve themselves from acting at all – as if Christ wants His priests to cease His public worship and deprive the faithful of His means of grace, which only they can dispense? What kind of priest, what kind of man invokes God’s permissive will to justify his own negligence? Admittedly, the presbyterate has spent the last several decades training for moral compromise, and “traditional” communities still walk the eggshells of ostensible complaisance as much as any (and how has the whole “head down, it’ll blow over” approach been working out, by the by?). Are they exempt from acting justly?

“I will give children to be their princes, and the effeminate shall rule over them.”
(Isa 3:4)

Here’s Cardinal Burke stating that no bishop has authority to dispense from the Sunday obligation, along with lots of other encouraging things. We’ll hear the usual episcopal suspects on the same score – Vigańo, Müller, Schneider, et al. – and yes, we are absolutely grateful for all of it. Thank you, thank you to any and all who will speak out.

But now, what are these shepherds prepared to do? Another book? Another interview? Such things share a common trait, as Saint Paul might point out…

And if it’s more than nothing, why do the faithful hear nothing of it?

Countless layfolk are ready to go to the mat in order to see Christ honored publicly, in order to attend the Holy Sacrifice and receive the other means of grace entrusted to the Church. So many are prepared to run the human chain around the parish, protest at the capital or the chancery, front the bail money for their priests, fill in the blank. Remember the 1549 Western Rising? That spirit is still out there, in not a few Catholic hearts. Many are ready to pay the price to back up their priests… but where are their priests? Who among the clergy will stick their necks out, if only to be worthy of their brother clergy of yesteryear?

Now, perhaps zeal to such ends is in fact misplaced, untimely, imprudent. Many a priest will say so at this juncture – “Brave talk is easy for you, you’re no priest.” Yes, dear Father, but are you so certain that you are acting like one, yourself? We say this with trembling and grief, for we know what your valiant forebears were like, we know what they believed – and we know that you are capable of the same and much more.

Rather than lock us out of our Mass again, won’t you give the Mystical Body a chance to prove its own convictions? You’re better than this.

Dear shepherds, we love you. We would take a bit from Gibson’s Braveheart and say, to your encouragement, “If you would just lead us to freedom, we’d follow you.” Restoring our Mass might get you sick, or get you the bishop’s boot, or a lawsuit, or a siren ride downtown. Don’t you think we’ve counted the cost, too? What’s it worth to you, this glory of the God we have all vowed to serve? This Head of whom we all are members? Woe to us, if any should say: “That one valued something more than the Kingdom of God and the Justice thereof.”

For, the precedent is now set – a line has been crossed, tacit permissions given – and these bans on right worship are just a beginning. Everyone in the Church (and out of it) is now left to wonder: what measure of injustice would a Catholic priest deem to be a bridge too far? Bad actors will push for more. They’ll doubtless try to cancel Christmas. And when will any priest say “enough!” to the unjust decrees of bishop or governor, if they will not say it now?

Still swallowing this camel of months of irrational, illegal, unholy suspensions of the divine rights of Christ and his Church (to say nothing of the canonical rights of the faithful), what gnat would a priest even try to strain out?

So many of the faithful are willing to march, ready to fight for the truth. How long will they be told to think positive, to be grateful, to make due with what they have, because at least it’s not as bad as OverThere? Doesn’t everyone see it by now – there’s a war on. We sure as shooting can’t stay here. We need priests to lead.

Fortunately, the Terribulous Virus has brought many into some new thought-territory of late. Perhaps things are looking up. We can encourage (and lend) some creative thinking. Provision if needed. We can charitably, respectfully ask our clergy to cowboy up a bit. And of course we can pray and fast. Perhaps things will change.

Hearty accolades to the Minnesota bishops, for being the first to make a move with some accompanying Catholic sounds in this regard – far, far better late than never. And wouldn’t you know it, their bravery was enough to back down a governor.

Cut your ploughshares into swords, and your spades into spears.
Let the weak say: I am strong.
(Joel 3:10)

And lookie here, one priest has had the guts to continue public Masses this entire time (to the consternation of the local bishop’s office and the blasphemous chagrin of the local news), daring to maintain that the Holy Sacrifice is “more essential than anything else on the face of the earth.” He’s honoring God, and inviting all to do the same. Now there’s a man for you. There’s a priest. We can encourage this, too.

Maybe the South will rise again. Maybe Round 2 will be different. And of course, we know the final outcome… but we’re not there yet. Don’t be fooled when things show signs of going “back to normal(ish).” This is when the danger is greatest.

And bravo the restoration!